For Day 22, we built a virus and found that Safari is much faster than Chrome.

The virus carrier works in bursts; in each burst, it wakes up, does some work, and goes back to sleep. The following steps are all executed in order one time each burst:

Diagnostics have also provided a map of the node infection status (your puzzle input). The virus carrier begins in the middle of the map facing up.

Naturally, I decided to solve this puzzle in React. Because it sounds like it might draw something interesting. And who doesn't want to see a visualization of the spread of a deadly virus? 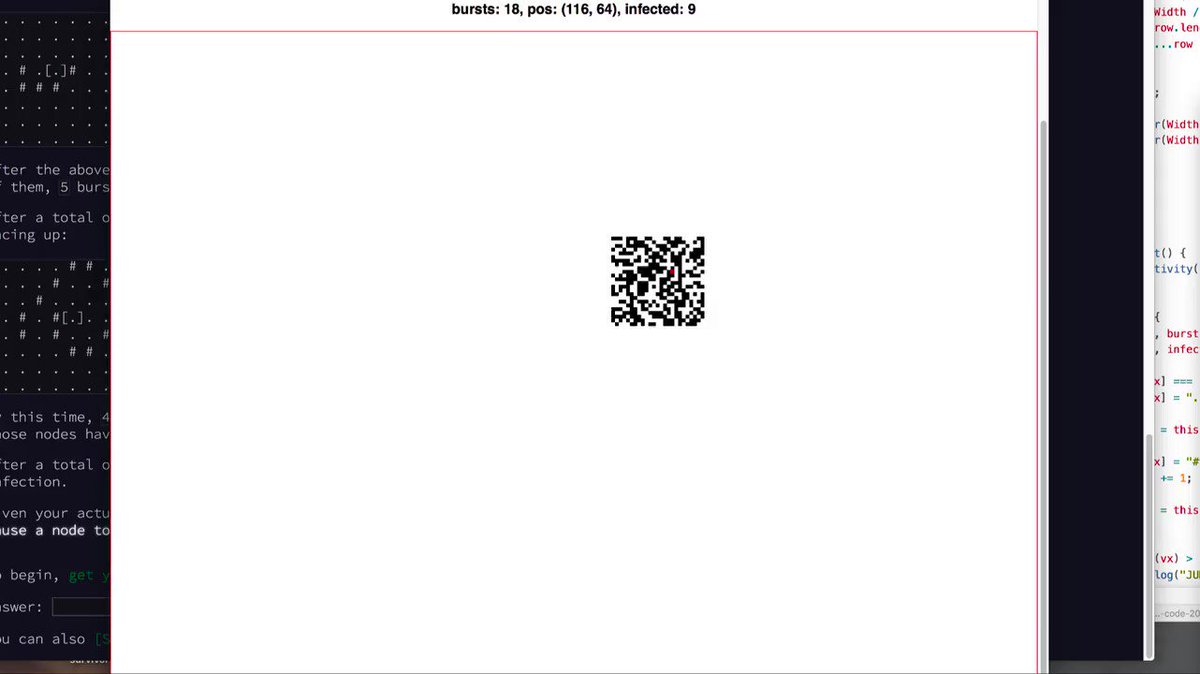 And takes 5 minutes to run. And gets the wrong result.

Edit: I mixed up left and right. When you fix left and right, it no longer draws a dick, and it still gets the wrong answer 🤷‍♀️. /Edit

There must be an off-by-one error somewhere in the code that I can't find. The animation looks correct.

The image evolves, the virus carrier seems to follow the rules, and there are no obvious digressions from the plan. The recursive pattern it falls into around step 7,000 looks suspicious but not out of the question 🤔

An attempt was made (and then fixed)

You can see the code on GitHub.

If you guessed "Oh, that should be simple", you were right.

Loop through a row, which is an array, and render a <div> for each cell. Cells are 5x5 pixels and their background can be red, black or white.

Red if the virus carrier is currently on that cell, black if the cell is infected, white if it's not.

Once more a simple one, walk through an array of rows, render GridRow components.

<Day22> is where all the logic happens. It sets up our grid as data, drives the virus carrier, and renders <Grid> and some meta data.

That state calculation looks hairy. We're taking an array of Width, filling it with healthy cells, ., then walking through it to build rows. If the current index is past a certain point, we replace the middle part of the row with a row from our input array. We do that with a splice.

The render method just renders all of this.

burstActivity is our main logic driver. It looks at the current virus carrier position, turns left if it's infected, or turns right if it isn't. In both cases, it also flips the cell.

If the cell was flipped to infected, we increment our solution counter of how many cells we've infected.

Then it updates state and continues the loop if there have been fewer than 10,000 bursts of activity.

turnLeft and turnRight turn the direction our virus carrier is going. Left or right using a little bit of vector maths. Thanks to a helpful stream watcher who showed me this better way. I had a huge sequence of ifs at first 🙈

I learned a couple of lessons with this build.

I triedFirefox too but it was laughably slow. Yes the new super fast Firefox.

Maybe I should switch to Safari 🤔 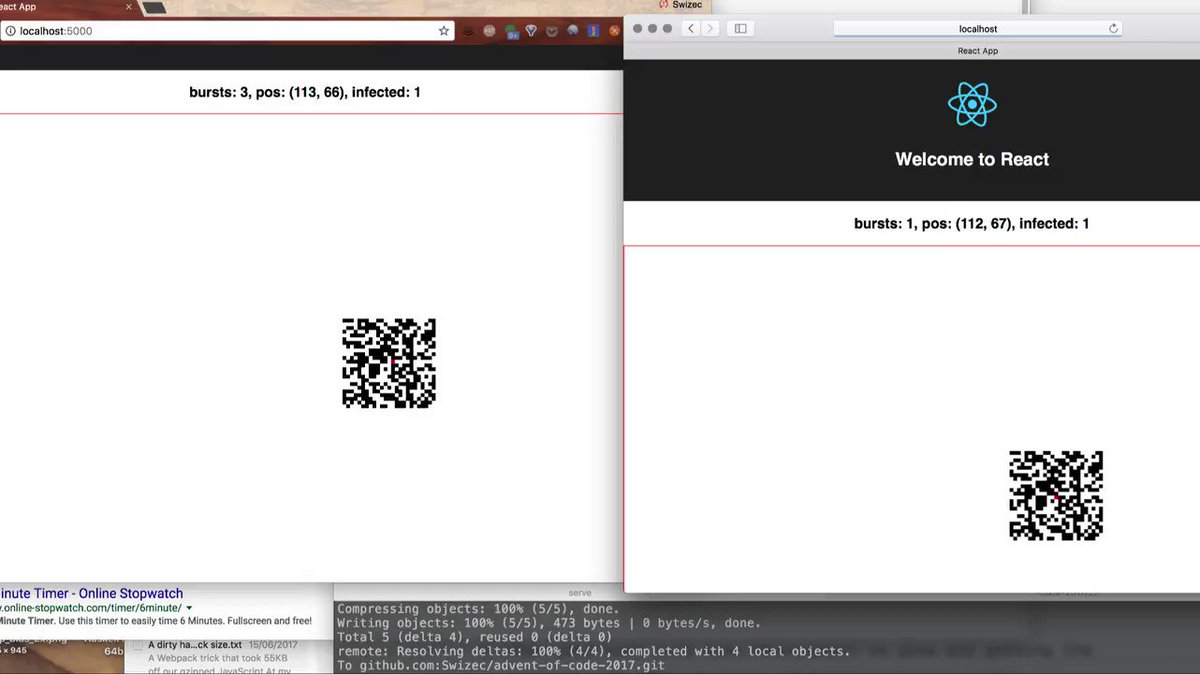 Thanks to stream watchers for pointing out that I can't spell row.length. You da real MVPs.