How do you connect grid or flexbox positioned elements with a curvy line? 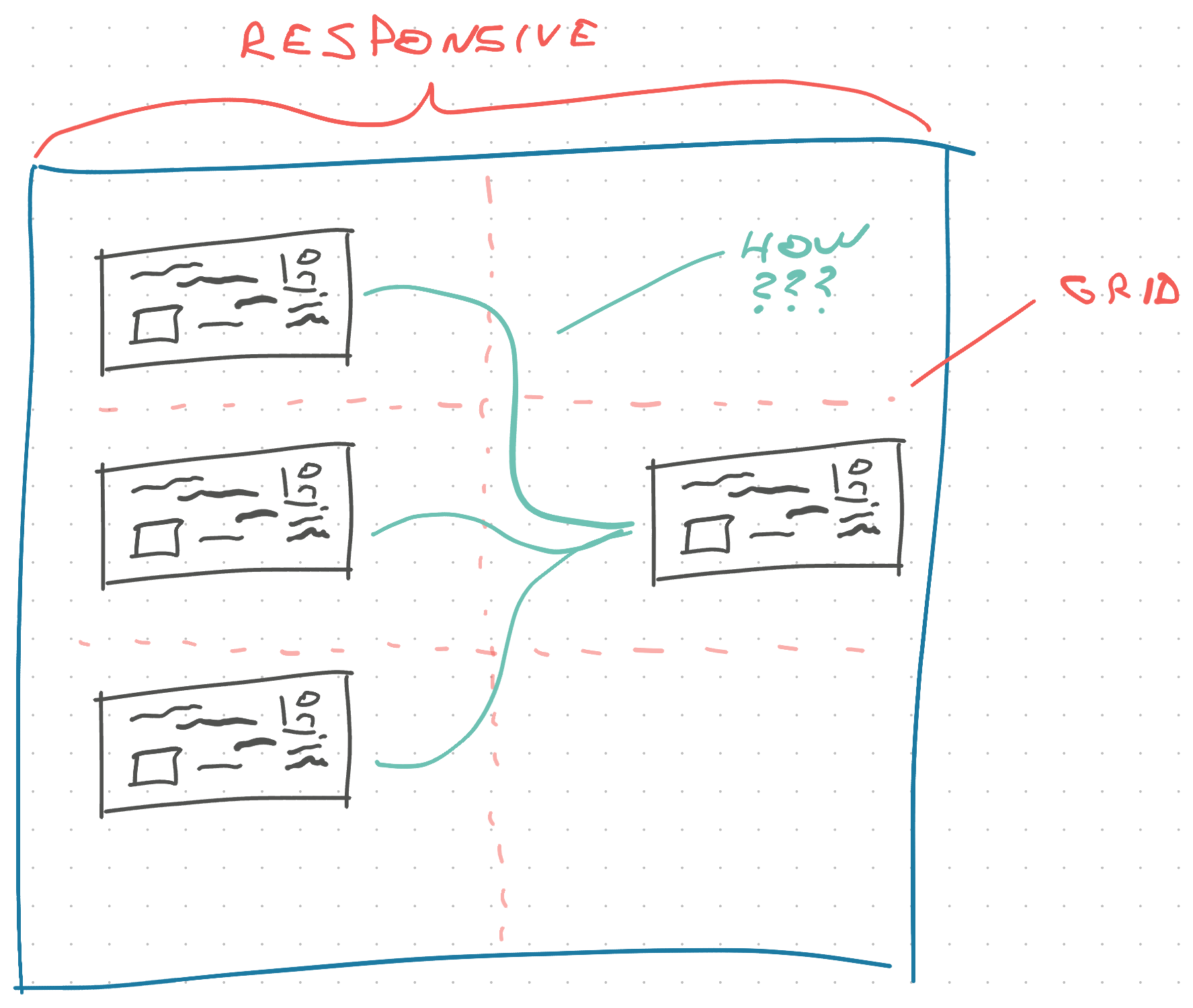 Here's a technique I have to re-learn every time. Writing it down for next time 😅

2 hours ago this was supposed to be easy

PS: if you're into this sort of thing, check out React for Dataviz where I teach how to expertly wield React for playfully visual components

You have complex interactive elements on the page. You don't know how big they are or how complex. Rendering with SVG is out of the question.

You used flexbox or grid to neatly position them in a <div>. Lets you leverage the browser's layouting abilities and renders perfectly on every screen.

They're buttons in this example. Later we'll use that to make the example harder – dynamic elements 😅

Now assume this is a data visualization of some sort. The elements are points on a graph, a tree data structure, or you need visual flourish to make it pretty.

How do you draw complex lines between elements you can't control? SVG hates uncertainty. 🤔

To draw an SVG line between elements you don't control, you'll need a couple ingredients:

getBoundingClientRect measures the size and position of your element relative to the screen. This part gets me every time.

I forget and re-learn every time 🤦‍♀️

You have to subtract the SVG's getBoundingClientRect() position to get coordinates relative to your canvas.

A component that draws a line between 2 elements looks like this:

We draw the curve in 5 steps:

We use an absolutely positioned SVG element to create a canvas that sits behind our elements.

We then add our <CurvyLine> component and pass the refs it needs:

useRef creates a piece of mutable state and passing it to a DOM element as ref={} creates a reference to that node. We can use that to call any DOM-level APIs – getBoundingClientRect in our case.

That's because we're 1 render behind. CodeSandbox re-renders on code changes so you can make the line show up by poking the code.

Another way to show you we're behind is to add a piece of state that re-renders when you click a button.

Click the button and trigger a re-render. We don't even use the state anywhere!

Look at that SVG curve staying 1 render behind!

That's because React can't know the element a ref is going to represent until a rendering pass is complete. And when the pass is complete, React doesn't go back to re-render your component that depends on a ref.

useEffect is a common attempt to solve this:

But that doesn't work. The effect runs too late and you may end up with stale measurements in your state.

Make it perfect with useLayoutEffect

The perfect solution I've found is to combine useLayoutEffect and a dirty forced re-render. Dirty because it feels wrong.

Like the button before, we force a re-render by updating state. Except now that happens when the ref updates instead of when a user clicks something.

And because it's a useLayoutEffect, the update runs synchronously during initial render. You get zero delay:

We put the trick in <CurvyLine> to make the component more self-contained and easier to use.

React doesn't know this component changed when you un-render a button because refs are stable. You have to prompt it with a conditional rendering:

Now you may think this is silly – why did we use useLayoutEffect, if we're un-rendering the line anyway? Because without the effect you run into the 1-step-behind issue and never render the line.

You can use refs and getBoundingClientRect to adjust your drawing to responsive layouts and dynamically positioned elements. Use a forced 2nd pass re-render to ensure it stays in sync.

It's not stupid if it works ✌️

PS: to make your SVG follow responsive layout changes live as you resize the screen (only designers and developers do that), you'll have to trigger a re-render when screen size changes