Why React and D3

React is Facebook's approach to writing modern JavaScript front-ends. It encourages building an app out of small, re-usable components. Each component is self-contained and only knows how to render a small bit of the interface.

The catch is that many frameworks have attempted this: everything from Angular to Backbone and jQuery plugins. But where jQuery plugins get become messy, Angular depends too much on HTML structure, and Backbone needs a lot of boilerplate, React has found a sweet spot.

I've found React a joy to use. Using React was the first time in my life that I could move a piece of HTML in a modern app without rewriting half my JavaScript. It's like a super power.

React being the most popular JavaScript framework out there, the world seems to agree. React is great. :atom_symbol:

But D3 is a fairly low-level library. You can’t just say "I have data; give me a bar chart". Well, you can, but it takes a few more lines of code than that. Once you get used to it though, D3 is a joy to use.

You tell your code what you want instead of how you want it. It gives you access straight to the SVG so you can manipulate your lines and rectangles as you want. The problem is that D3 isn't so great, if all you want are charts.

That's where React comes in.

Doesn’t that sound like the best? I think it's amazing.

With React, you can make different graph and chart components share the same data. When your data changes, the whole visualization reacts.

Look how this H1B salary visualization changes when the user picks a subset of the data to look at. 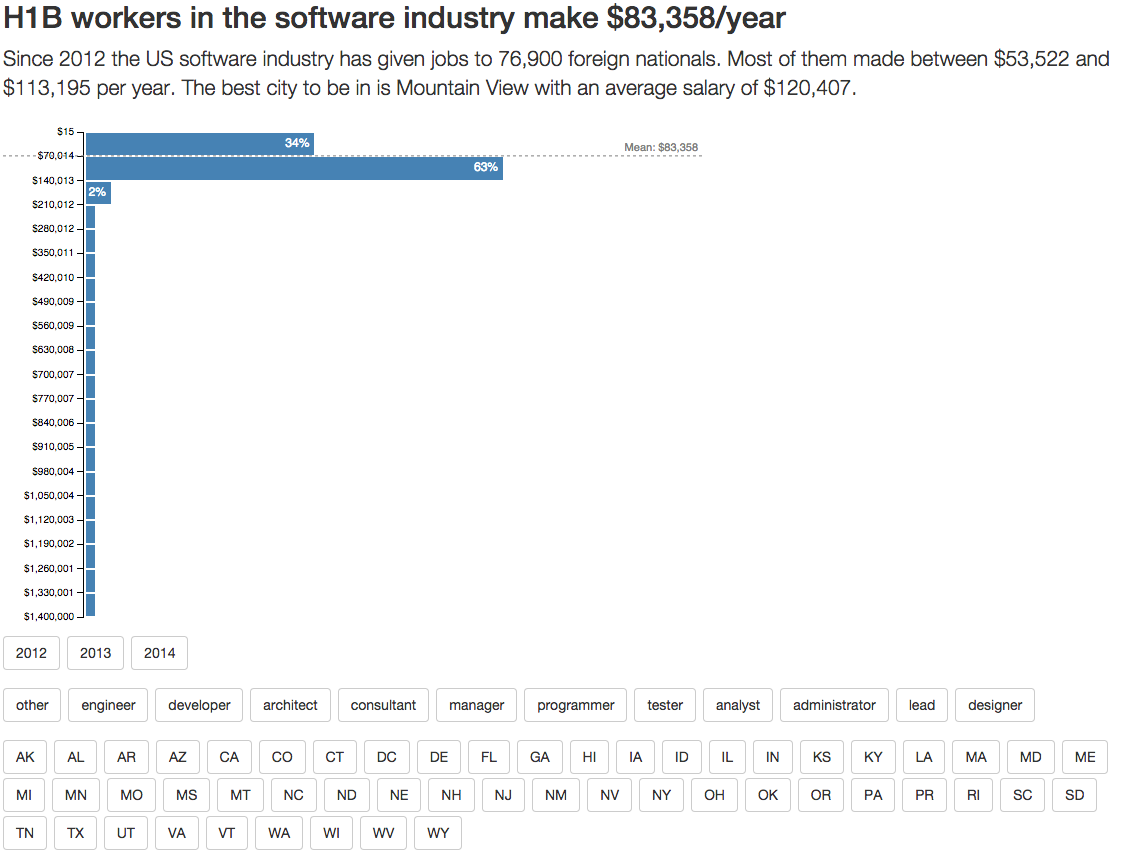 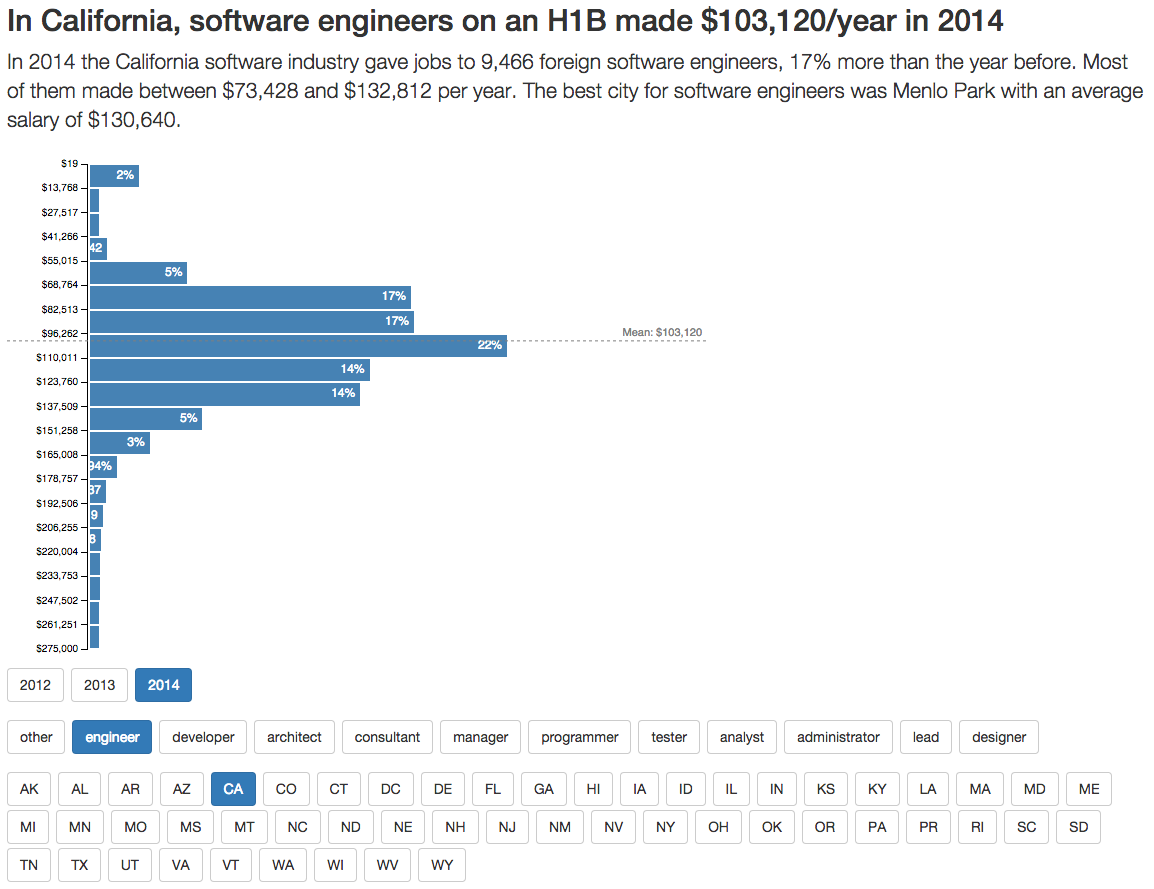 Previous:
How to approach React for Dataviz (3:16)
Next:
Buzzword soup explained